I watched a lot of Raoul Coutard’s work – his verite work with Godard – how they would work the camera and lighting in a way that allowed the camera to see everywhere and also not to restrict the actors.

I always strive to let the actors and story lead the camera. Despite my affinity for their handheld work, my favorite film of theirs is actual Le Mepris – where the camerawork became more locked down on sticks and dolly – but yet it was always moving. Long shots choreographed brilliantly and the lens would always be where you wanted it. At the same time, though, I think I learned the most from what moments their camera chose not to show us.

Photography is a huge inspiration for my work. I started first noticing lighting and composition in fashion magazines growing up. Eventually, I started a massive collection of images and photo books. Two of my very favorites are Todd Hido and Philip-Lorca diCorcia.

Give us an example of a movie, a sequence, that says; “this is what making movies is all about”.

In Antonioni’s “The Passenger”, Jack Nicholson plays a character named Locke. There are many epic sequences in that film, but there is a very clever scene that I love where he is sitting in his hotel room and we hear a knock on the door. Right away you realize the knock is actually a recording he made earlier of a conversation between him and Robertson, the businessman whom he had just discovered was dead. As he’s sitting at a table listening to the tape recorder, Locke looks up, remembering, and without cuts, the camera slowly pans over to the window, where we see Robertson out on the balcony with Locke in the midst of that very conversation. So we are brought into his flashback in the same shot continuously.

That plays out for a while and then there is one cut to the balcony door, as the two men enter back into the hotel room to make another drink (still in flashback). As Robertson talks, Locke exits camera left and they continue to talk to each other as the camera dollies and pans back right to reveal Locke sitting in his original spot at the table in “present time”, before the flashback began, still listening to that recording. In that moment, Locke decides to trade identities with Robertson, the man who is now dead. There are no effects, no signals of change of time, we are seamlessly taken back in time to Locke’s memory and then brought back to the present, where he makes the decision that drives the whole narrative forward.

It’s exciting to see two stories from two different time frames being told simultaneously, in a way that avoids convention and the “rules” of filmmaking.

Austria, for Autumn Blood. Not only are the Tyrolean Alps empirically beautiful, but the terrain was the most challenging I have experienced so far. We had locations that forced me to learn to mountain climb and zip line just to get in there with our gear. I hung off the side of the mountain with the camera above the highest waterfall in the Tirol to cover some scenes.  Those are things I had never imagined myself doing.

Our main location was a seasonal Alpine farmhouse about 2000 meters above sea level and we had to travel up a skinny, icy winding road (with a straight drop down on one side) about an hour each day to get up there. Every day I’d arrive at the top, surprised that our snow chains on our truck had worked.   Then the sun would rise, the thick fog would roll away and I’d never seen a more breathtaking and magical place with my own eyes.  I felt so lucky to be there, let alone to be able to capture it with a camera.

Become a writer. I spent my childhood writing stories – so much that my family was convinced I would become a writer. One day, my father gave me a camera. That became my new obsession. But honestly, my secret fantasy job was to be a singer. At NYU, I took voice lessons with an opera singer and I even sang in a band I formed with fellow film students. There was actually a year where we had a regular Saturday night gig at the Sidewalk Café in the east village. Luckily for everyone, that didn’t last…

You have to listen to the story and give it what it needs. When I started out, I only wanted to do the limited things that I gravitated to aesthetically. Eventually, I learned to get comfortable trying new techniques in order to serve the story and not just my personal taste –there should always be a balance between the two. It made me a much more versatile storyteller and also gave me a new appreciation for experimentation. 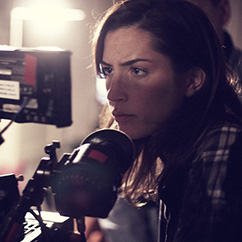 One of only 11 women invited to join the prestigious American Society of Cinematographers, New York-based Director of Photography Reed Morano ASC is one of the most prolific cinematographers in the business. A recipient of the Kodak Vision Award for Cinematography at the Women In Film Crystal + Lucy Awards, she was recently named one of Variety’s 10 Cinematographers to Watch. In 2012, Morano’s work was featured in Indiewire’s On the Rise ’12: 5 Cinematographers Lighting Up Screens in Recent Years. Her thoughts on the digital revolution and how it has affected filmmaking are featured in Keanu Reeves’ acclaimed documentary Side By Side.

A well-known name in the festival circuit, her work has often been featured at Sundance. Her recent Kill Your Darlings about the beat poets of 1943 premiered in the US Dramatic Competition. The Inevitable Defeat of Mister & Pete also premiered at the same time. 2012 was a big year for her – The Magic of Belle Isle (directed by Rob Reiner), Little Birds (another Sundance premiere), Shut Up and Play the Hits, For Ellen (Sundance), Free Samples (2012 Tribeca Film Festival) and more opened.

She just completed And So it Goes, directed by Rob Reiner and starring Michael Douglas and Diane Keaton and is currently shooting a new HBO series starring Jonathan Groff and Scott Bakula called Looking, on location in San Francisco. 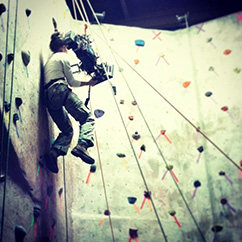 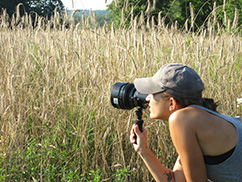