Movies affected me way back when I was a kid. I remember going to Saturday matinees when I was about 11 years old. Those films took me on magical journeys. I was intrigued with how they created such a world that drew me in so deeply. Specifically, for example, 20000 Leagues Under the Sea created a completely unknown world.

Early films like those had a tremendous impact on me. Later, at UCLA film school, was captivated by Conrad Hall’s (ASC) The Professionals. That movie had such a distinct look. I followed his work for quite a while. But throughout my youth, through film school, and my entire career, I’ve become aware of a lot of film noir and black-and-white movies done by great cinematographers that have influenced me.

I think all of us in cinematography react to paintings. We frequently use the metaphor that DPs “paint with light.” Painters, like (Johannes) Vermeer, lit with paint. Their work made us aware of light sources and how it created an emotion. Also, storytelling and novels influence us. Effective storytelling uses words to create an image in our mind. The written word is very powerful.

Give us an example of a movie, or a sequence, that says “this is what making moves is all about”.

The most effective art is a movie that draws us in and tells a story. Moviemaking is sometimes referred to as “the greatest art form” because when magic is created, all the arts have been combined – storytelling, painting, architecture, sculpture, etc. That’s what it’s all about. On a personal level, Jurassic Park challenged me to create the illusion that dinosaurs existed, and entered our world in a real way. The crew and I were tasked with taking the audience on ride in a very believable way. We didn’t want to elevate the fantasy of it, but the reality that it was possible for dinosaurs to roam Earth. And this is what intrigued me early in my life about filmmaking.

Today, contemporary visual effects can become very sensational and fantastical – and audiences sure do enjoy the ride! But we can’t really relate to them. My job as a cinematographer is to use light and composition to draw audiences into a credible adventure – regardless of whether it’s a visual effects-heavy movie, a character-driven piece, or even a romance or comedy.

I’ve been privileged in my career to have worked at so many places and interact with so many film cultures and people – Hawaii, Rome, London, parts of Africa, India. I’d say my favorite location is my next one – wherever it takes me. When you are shooting on location, the place becomes a character. It is our job to fit in and adapt to certain locations to make it specific to our story – such as build things.

The challenge is usually to just fit in, such as creating the look and feel of jungles at night in the rain – to portray that and make it feasible to work in. Sometimes it’s easy. Other times you deal with elements – traffic, weather, etc. I like adapting into the culture of the locations I shoot at. Working with the local crews, you get to see the world through their eyes. I just shot a project in Cape Town, South Africa. The director and I were the only ones from Los Angeles. The South African crew was fascinating. They have their own ways of solving problems and working technically, but also brought a perspective on life to the job.

I was always interested in creative things. In high school and college, I played in bands, so I considered being a film composer. I was also interested in architecture. I took graphic arts, design, and drafting as electives in college. As a kid, I was fascinated with Disneyland – the fact that they created a story that was experienced in 4D by visitors! So maybe I’d be a theme park designer? Walt Disney once said that he wasn’t creating rides – but telling stories and building experiences. That was fascinating to me.

As you speak to people who have a passion for the industry as you do, what kind of advice do you pass on?

The movie industry is difficult to break into. But, there are more opportunities now – as the global business of media making expands and digital tools become more available.

Emerging filmmakers should take any job they can get, and never ask how much it pays. Then, when they do get the work, they are not there just because of the wages, but because they wanted to work with the team being put together for the project. The money comes later – as tough as that can be. If you prove yourself valuable, you’ll get hired. And never take no for an answer. Sometimes you have to stick with your creative intentions. I was told early on many times that I should consider other work, and now I have an ASC Lifetime Award to prove them wrong!

Cinematographers are the bridge between science, technique and art. We combine artistry – writing, directing, acting – with the actual process of capturing that onto a medium. A lot of science goes into that. So I would add, don’t solely focus on film. Take a history class! Everything informs your work. 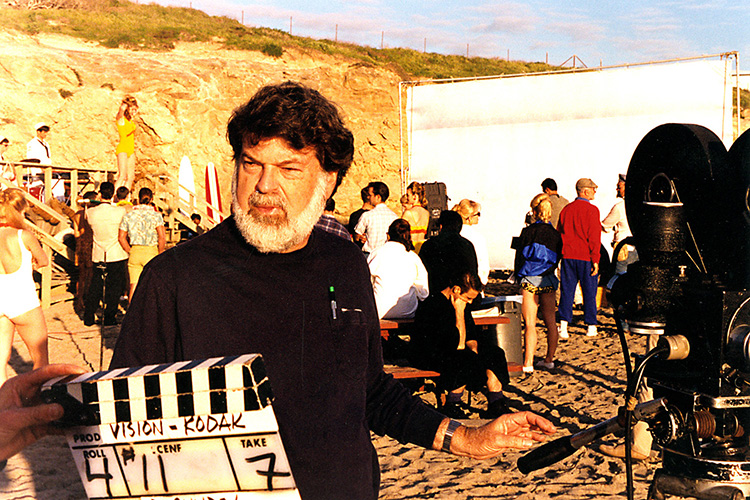 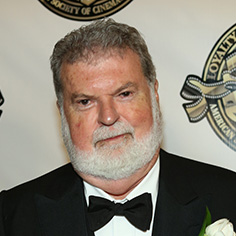 Dean Cundey, ASC first attracted widespread attention when he collaborated with John Carpenter on the production of Halloween (1978). The two filmmakers continued to work together on such memorable films as The Fog, Escape from New York, The Thing, Halloween II and III, and Big Trouble in Little China.

For his work on Robert Zemeckis’ landmark, live-action film Who Framed Roger Rabbit (1988), Cundey garnered both Oscar® and BAFTA nominations. Zemeckis and Cundey also teamed up on the beloved Back to the Future trilogy, Romancing the Stone, and Death Becomes Her. Cundey earned his first nomination from his peers at the ASC for Steven Spielberg’s Hook (1991), and a second one for his gripping imagery of Ron Howard’s Apollo 13 (1995). He also earned the Society of Operating Cameraman’s (SOC) President’s Award in 1999, and was presented with the 2014 Lifetime Achievement Award by his peers in the American Society of Cinematographers (ASC).

Cundey’s credits also include such notable films as Jurassic Park, What Women Want, Garfield, The Holiday, The Spy Next Door, and the upcoming releases Walking with the Enemy and Carry Me Home.