OConnor Takes Sedillo Through a Dance on Single Ladies 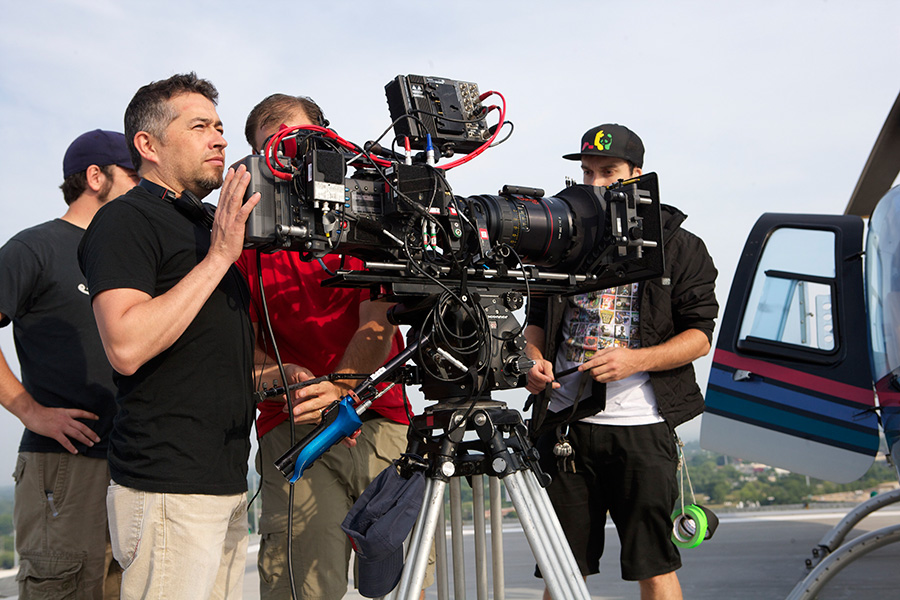 Burbank, CA: August 21, 2012 – Single Ladies, is the story of four modern women and one gay man looking for love, heat, romance, excitement, independence and to be taken care of. It takes place in the Indulgence Boutique in Atlanta, Georgia and cinematographer Joaquin Sedillo also explores the city— its clubs, high-end restaurants and stunning mansions. “This is a show where long lens beauty shots are prime,” he says. “We couldn’t do this much coverage in the time allowed without our two OConnor 2575Ds fluid heads supporting two ALEXA’s, carrying either Optimo zooms or our set of Zeiss primes.”

“In our season 2 opener we shot nearly a full day of our cast dancing a series of tangos while re-introducing themselves to the viewing audience and interacting with love interests – new and old,” he recalls. “The way we block and choreograph every scene throughout the season is, in my mind, not dissimilar to this sequence. These girls are navigating their way through a tricky speedway in their relationships and I found that the OConnor heads allow a wonderful organic dance to take place in every circumstance; particularly in the boutique where we are able to do a lot of pass offs, racking focus and introducing characters through the scenes. My most repeated note to my operators throughout the season was, ‘it’s a dance – don’t think – just do!’”

Because Sedillo trusts OConnor to help him make smooth moves, he’s often creating what in some operator’s eyes would have been designed as camera stabilizer shots in the Indulgence Boutique. “But, we execute them as beautiful long lens dolly moves that go on and on through sometimes four pages of dialogue,” he says. “Often we have two ALEXAs on one dolly (for the sake of efficiency).”

“One such circumstance occurred shooting the very last scene of the season,” he recalls. “My operators Jason Le Blanc and Spencer Hutchins mounted both ALEXAs with a 12:1 and a 4:1 (separated by a two foot offset) and dolly grip Matt Byrnes created and executed the most elegant scene covering nearly three pages of dialogue in just two setups while ‘weilding’ furniture in and out of the scene seamlessly and beautifully. Because we had OConnor supporting the cameras, our operators had the confidence needed to flow with these tricky moves.”

Sedillo has been a big fan of OConnor over his 25 years in the industry. “Ever since I started working as an assistant, I’ve admired the solid graceful way OConnor’s gear moves,” he says. “Because of the solid support OConnor gives us we don’t even carry a gear head on this show. I can’t conceive of doing any show without OConnor in my package.”

Single Ladies airs Monday nights on VH-1. In addition to serving as Director of Photography on the series, Sedillo directed two episodes and will return as director next season. At the moment, he’s prepping working on a series of Glee, “where I’ll be using OConnor, of course,” he says.

Ideal for camera packages weighing up to 90 lbs (40.8 kg) the popular 2575D features OConnor’s stepless, ultra-smooth pan & tilt fluid drag that is specifically designed to give the ultimate control and stability for film style shooting. It also features OConnor’s patented sinusoidal counterbalance system for true, accurate balance at any point in the tilt range.