OConnor Takes Mathers Through Battlefields for 1000 to 1 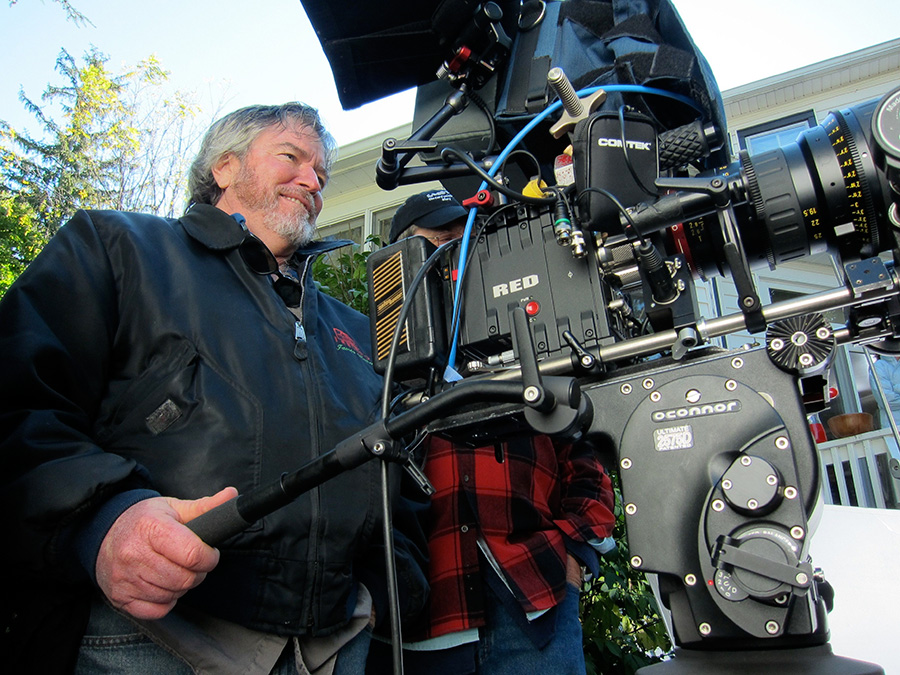 Burbank, California, August 16, 2013 — Cinematographer James Mathers often chooses projects that have passion, heart, and a positive message. Such was the case of his latest production, 1000 to 1: The Cory Weissman Story. For the inspiring true comeback story of a gifted college basketball player felled by a catastrophic stroke, Mathers knew his shooting package had to perform flawlessly. That’s why he chose the RED Epic paired with Angenieux, Zeiss, and Fujinon lenses, along with the OConnor 2575 for support.

“The OConnor 2575 came in particularly handy shooting the opening title sequence which featured to lead actor David Henrie dribbling a basketball through the historic Gettysburg battlefields,” says Mathers. “These battlefields make up a National Park protected by the U.S. Forest Service and are directly adjacent to Gettysburg College, the setting where the actual story unfolded. They are very picky about what filming activity they allow on the battlefields. We were able to secure a daylong filming permit with strict limitations; one of which was that the total number of cast and crew would be no more than five, and any basketball bouncing could only happen on the narrow roads that ribbon the monuments. There would be no big crew for dolly tracks or cranes, but I managed to keep pace and get good solid camera support with the 2575 on sticks and hi-hat.”

A big fan of OConnor support, Mathers explains, “Sticks and heads are, of course, a matter of personal taste. But even as digital cinema cameras are getting lighter, large sensors make for larger lenses, and there are also more electronic accessories to hang on the camera such as range finders and wireless devices for focus, iris, sound and picture.

“Though the camera itself might only be seven pounds, by the time I set up a studio configuration with zoom, accessories and battery power, I could be lugging 70 to 80 pounds,” he adds. “So, I need something fairly substantial. After years of dependable service, I am partial to the OConnor brand — my favorite being the 2575D, which I had on 1000 to 1.”

Mathers says the OConnor 2575D is hard to beat for smooth solid dependability and “The continuous counterbalance is adjustable for any particular shot or camera load and configuration,” he adds. “A numerical readout makes these settings easily repeatable. Having recorded some of my typical setups, my Camera Assistants have the head ready for the shot when I set up the camera, whether it be a near 90 degree tilt with a heavy camera load, an extremely long lens tracking shot, or a whip pan.

“Camera technology is evolving at an ever-increasing pace with new models constantly arriving on the scene, but no matter what the acquisition device, the OConnor 2575 remains my go-to head and my camera package is never complete without one.”

Mathers served as co-producer as well as cinematographer on 1000 to 1, which was produced by Bob Burris and Bruce Gordon and directed by TV veteran Michael Levine. In addition to actor David Henrie, the project also stars Beau Bridges, Jean Louisa Kelly, Michael Lerner, Luke Kleintank and Cassi Thomson. 1000 to 1 has secured worldwide distribution and will be released early in 2014.