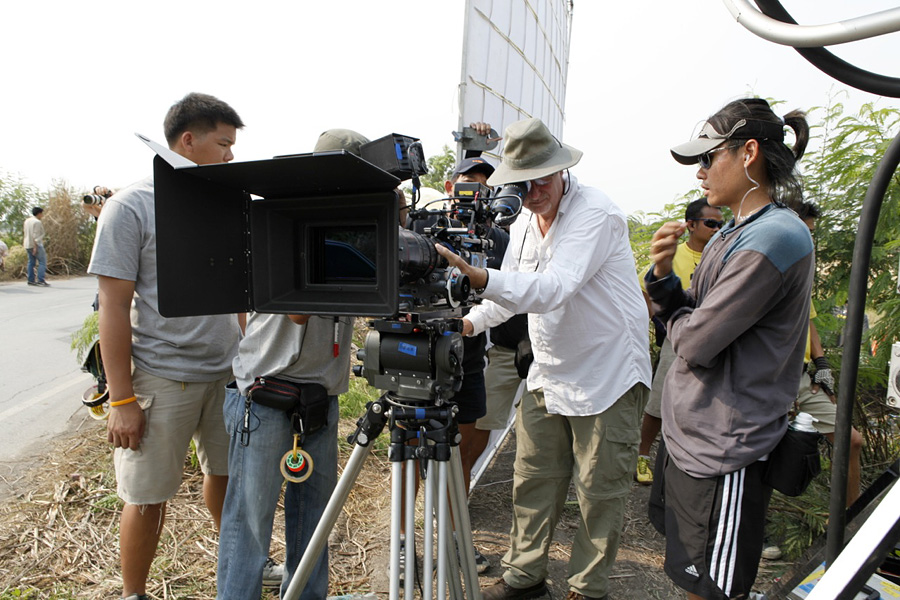 “Part of our visual approach for this present-day story of the dangerous human trafficking world, a story of struggle, life, hope and redemption, was to have lyrical camera moves,” explains Hurn. “We carried two complete RED camera packages, a set of Cooke S4s and the 24-290 and 17-80mm Angenieux Optimo zooms. We also had a Hothead crane, Fisher dolly and camera stabilizer. But the mainstay go-to support for both A and B camera was the OConnor 2575 fluid heads.

“The continuously variable counterbalance enabled us to balance those large zooms perfectly, allowing my operators Richie Moore and Somsak Srisawat to create cinematic magic. I love the fact that the head can point the camera straight down. This allowed us to achieve extreme down angle shots while keeping the camera perfectly balanced.

“In particular, we had a crane move on the GF-8 where the director wanted to look down on the actors walking in an alleyway in Shanty Town. Because of the OConnor, the shot was executed perfectly on the first take.

“Shooting in Bangkok and the surrounding countryside during the hottest and most humid time of year was particularly difficult,” adds Hurn. “We typically shot with as long a lens as possible to heighten the heat waves coming off the ground. The continuously adjustable drag controls on the OConnor enabled us to shoot these 300mm telephoto shots with ease. It performed flawlessly every time.”

“Trade of Innocents” starring Dermot Mulroney and Mira Sorvino, produced by Dean River Productions and directed by Christopher Bassette was shot completely on location in Southeast Asia. The project is scheduled for release in the United States in early 2012.