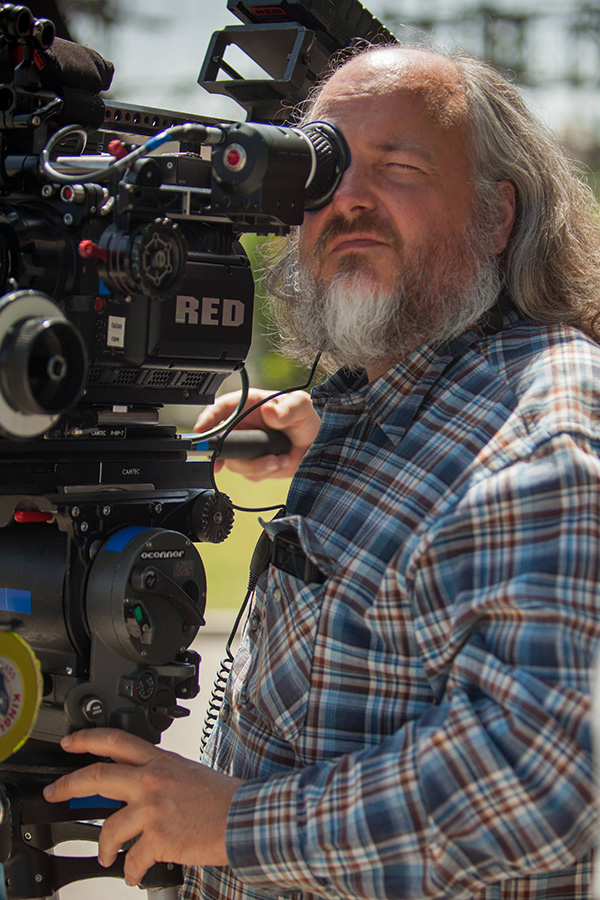 Burbank, CA: October 19, 2012 – Entertainment content is no longer restricted to satellite or cable delivery. Forward thinking producers like McG are expanding their reach by developing high-quality web-based delivery entertainment like the youth adventure seriesAim High. For the teams behind such series, production quality must be as high as feature films and prime time television for they know that what might be delivered via YouTube or Hulu can end up on giant screens. Cinematographer Brad Rushing and his team need their equipment to perform flawlessly, as they capture intense action, danger and drama for the series. “With our time and budget, the choice of the RED MX Zeiss Super Speeds as our primary lenses and the important OConnor 2575 heads allowed us to achieve everything we needed on this web series.” Rushing says. OConnor is a part of Vitec Videocom, a Vitec Group company.

This season Rushing and team had two weeks of prep and 18 days to shoot 96 pages (broken up into 9 minute segments for airing). “We literally didn’t stop moving from the time we arrived on set until wrap,” he says. “We were often lighting multiple sets at once and had as many as three cameras shooting at a time. It was utterly imperative that all our gear was 100% reliable. We had no time to baby anything.”

“I chose the OConnor 2575 fluid head to support our cameras,” he says. “It’s a fantastic head, reliable and precise under all kinds of shooting conditions with great precision adjustments. In all the years I have been using OConnor, I have never – even once – had a problem with one. I’ve used them on studio movies, indie movies, music videos and commercials. OConnor heads have been a part of my camera package in extremely hot environments out in the desert, in chilling cold, rain, ice and snow, and mounted on vehicles, jibs, dollies and more. They are adaptable enough to balance a camera as light as the RED Epic or as heavy as the old Moviecam SuperAmerica.

“If we as filmmakers are doing our jobs right, the audience won’t notice us,” he adds, “and our work weaves seamlessly into the movie experience so that it does not pull the viewer out of their reverie. That’s how I feel about OConnor – they are unsung heroes. I know I can rely on them.”

Rushing’s A-camera operator Ari Robbins offers a perfect example of how OConnor supported the web-series shoot. “I think one of the cool things we did with the head was bullet object whip pans,” he adds. “We did whip in and whip outs at many different speeds. Having the options of the OConnor made quick adjustment for each speed simple and effective — to make sure our job was perfect for post’s effects.”

“Aim High 2”, produced through McG’s Wonderland Sound and Vision begins airing towards the end of 2012 and will be delivered through various web-based platforms.