Kneece Relies on OConnor for Hallmark’s The Confession 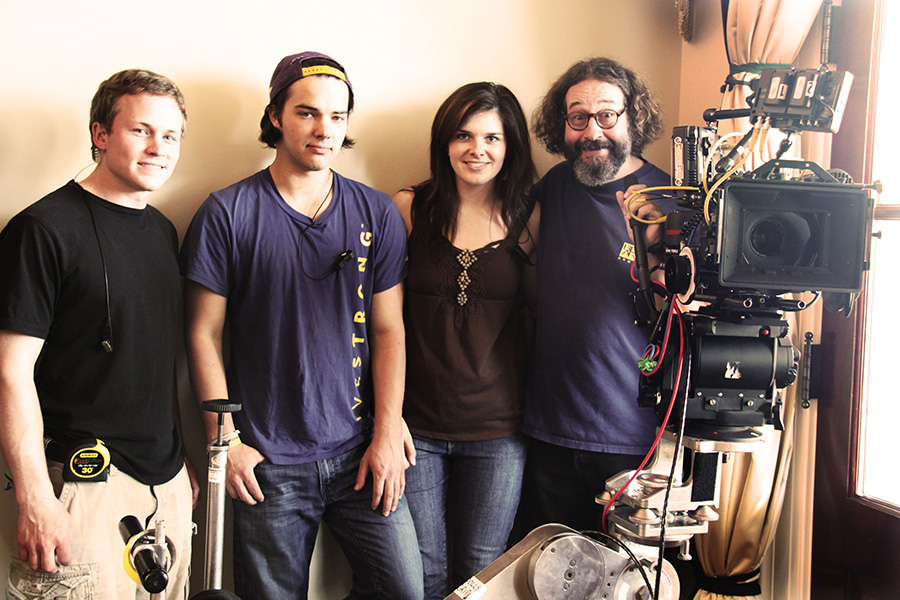 Burbank, California, June 13, 2013 — Hallmark Channel movies are shot in practical locations and on short shooting schedules. Shot in and around Winston-Salem, North Carolina, the majority of Beverly Lewis’ The Confession takes place in an unoccupied five-story mansion. To capture this location in all its glory, cinematographer Dan Kneece relied on Arri’s Alexa, an array of different lenses and the OConnor 2575. OConnor, is part of Vitec Videocom, a Vitec Group company.

“When I use fluid heads, I prefer the 2575 for a few reasons,” says Kneece. “I have used OConnor heads since the beginning of my career and I own two of them now, a 100C and a 30. I particularly like the 2575, because it is well thought out. I have used it for so many years that my hands instinctively know where the controls are without looking. I know the locks and tension adjustments by heart. The ability to continuously adjust the pan fluid, tilt fluid, and counterbalance spring without steps, is very handy for getting just the right amount of resistance for the shot at hand.”

Kneece says he is always reaching for the OConnor 2575 when fast action, straight tilt downs or low hat shots are required. On The Confession he found himself challenged to capture a shot where a car rapidly enters the frame, wheel first. “We then had to quickly whip pan with it to place it frame right and the mansion frame left,” he says. “That’s a very difficult shot. We were up close to the wheel when it entered – and the wheel moved quickly. The camera had to be very low to the ground, so a low hat was used. The OConnor worked beautifully for this shot.

“The OConnor 2575 is with me on most jobs I do,” he adds. “Over the years I’ve used it to do shots that would be difficult with any other support. On many shows, it’s the only head I use. It’s a trusted friend I call on often.”

Beverly Lewis’ The Confession premiered on The Hallmark Channel in May, and it will repeat for several cycles and be released on DVD and streaming this month. Former Steadicam operator, now cinematographer, Dan Kneece is currently working on his next feature.