Schmidt Chooses OConnor for The Mechanic 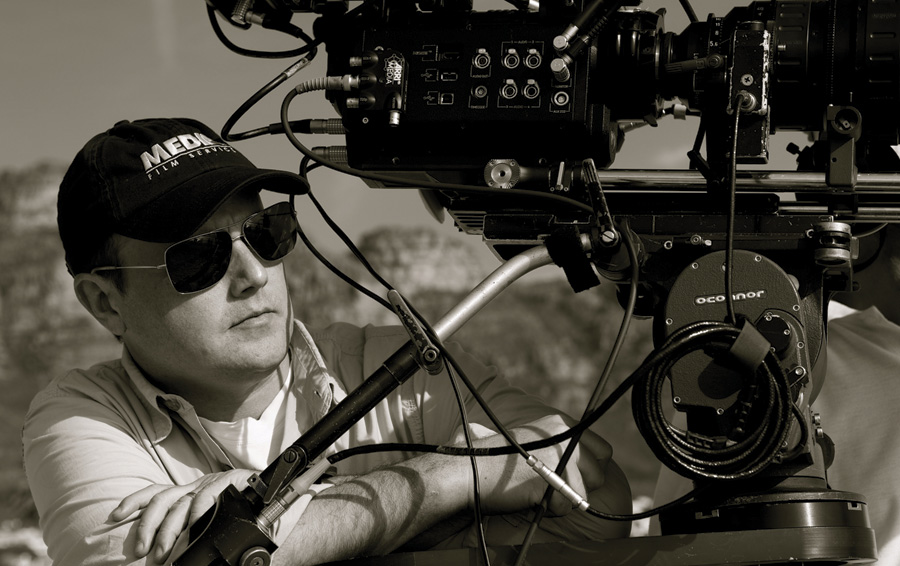 OConnor, a Vitec Group brand, announces that cinematographer Eric Schmidt chose the OConnor 2575 to support The Mechanic, directed by Simon West. This high-tech action feature about an elite assassin (Jason Statham) out to avenge his mentor’s murder, was shot on film at a location in Detroit, Shreveport, Washington DC and at CIA Headquarters in Langley, Virginia.

“Whether I’m shooting commercials, music videos or features, the OConnor Ultimate Fluid Head is always my support of choice,” says Schmidt. “When I first saw the script, I knew that the OConnor would be crucial to capturing the high-octane action sequences quickly and easily, allowing us to pack as much punch in our limited shooting schedule as possible.

“There is an incredible scene where Arthur Bishop (Statham) and his protégé Steve (Ben Foster) flee a cavalcade of gun-wielding private security and the only way out is for them to rappel down the face of a 35-story building,” Schmidt explains. The actors decided to do this eight second 385-foot freefall themselves. Schmidt knew he had to get everything right and cover the stunt perfectly, putting the audience in the middle of the action, the first time.

“This meant using multiple cameras positioned in the most well thought-out places,” he says. “We had A-camera 35 stories up, mounted on an OConnor 2575 with its ability to tilt straight down, holding a Panavision Millennium with a 21mm lens, for the actors as they fell away from the building. Another camera mounted at the base of the building, with a Panavision Millennium mounted with a Primo 27mm, on an OConnor 2575 was pointing straight up as Statham and Foster rush down the face of the building right at camera. And another camera, set up two blocks away, out on a street corner on dolly track doing a slow dolly move, the drag turned way up on its OConnor 2575, creating a smooth countering to the fall and filmed at 40fps.

“Deciding what gear to use to cover an action sequence is as important as deciding how to cover a scene,” Schmidt says strongly. “Especially one with an awesome stunt at the culmination of it! The moment of a perfect stunt doesn’t happen twice and you have to get it right, to do this. It is crucial to select the best equipment under these circumstances because the stakes are so high. That’s why I rely on the OConnor 2575 Ultimate Fluid Head every time.”

“The Mechanic” premiered in the United States, Canada & UK at the end of January 2011 and will begin its worldwide run over the next few months.