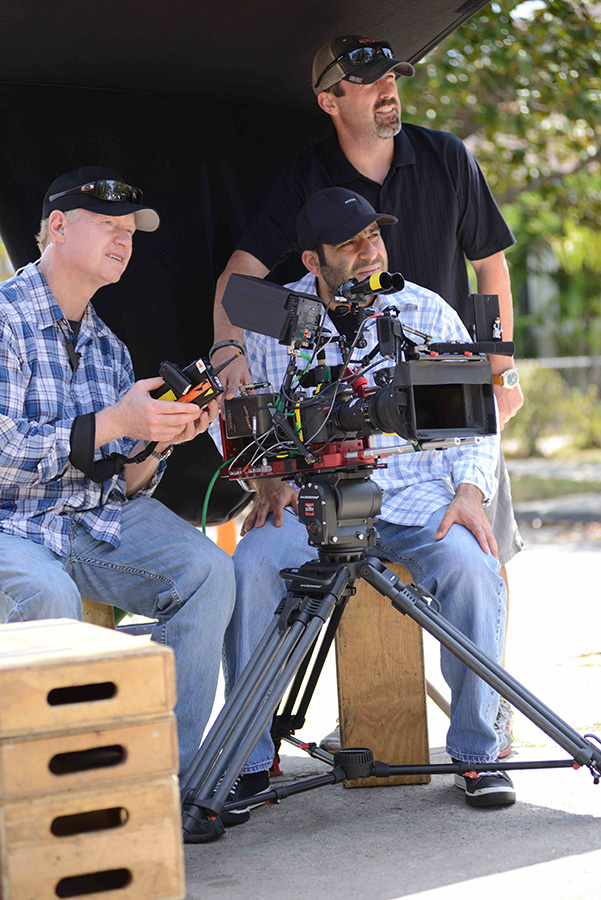 Burbank, California, October 29, 2013 — “When I was on The Office, we started off with the traditional three man tripod and head set up” says Randall Einhorn, cinematographer turned producer/director. “We had great support but it simply took too much time and manpower to set up. So, I started looking around and realized that the OConnor 1030D with the CF tripod could be the solution.

“When I moved to Wilfred, that set up was even more critical,” Einhorn adds. “The smaller weight and one-man-band set up can handle the heavier long lens work, and still allows the operator to literally pick up the camera package and move to the next shot, without needing to rebalance.”

“Wilfred is a funny, dark comedy that really pushes the boundaries of television,” adds the show’s Director of Photography, Kurt Jones. “It’s fun, edgy and we do a lot interesting stuff, photography-wise. The writing is witty and sharp, and Randall Einhorn’s directing really moves the show and tells funny stories.

“The challenge for operating, which previously was my position since the pilot, are many,” he explains. “I don’t think the industry realizes that this show is 100% DSLR! We shoot with three Nikon D800s and routinely use the Nikkor 500mm 1.2 lens. We cross shoot every scene and use three cameras most of the time. Staying out of each other’s shots and still making it interesting with cinematic frames, is tough at times.”

For Jones, it’s the quality that OConnor brings to the table that gives him, as a cinematographer (and operator) piece of mind, especially when he rigs a DSLR camera cine-style. “While Wilfred is primarily a handheld show, we do quite a bit of long lens work which requires a fluid head,” he explains. “That’s where the OConnor heads come in. When we use the heavier Nikkor lenses for a long ‘oner’, we need to know the head will be smooth. OConnor’s 1030D with the CF tripod system handles the weight with ease and does exactly what we need a head to do.

“As Randall showed us, we can literally pick up the camera package, move to another position, and shoot quickly. The smaller size and ball leveling of the head, along with the lightweight CF sticks makes this easy. So do the OConnor lightweight matteboxes,” he adds. “They performed perfectly all season.”

“And they allow the camera team to do the 30-40-50-even 60 set ups a day, moving quickly and efficiently,” adds Einhorn. “We also like the mid-level spreaders, since we shoot on location a lot, and need to be sure our set ups are safe and well balanced at a moment’s notice.”

Wilfred is not only fast-paced in front of the camera but also behind. The quick shooting schedule means that Jones and team have to be spot on every time. “I remember one day where we were shooting the finale of the season,” he says. “We had a crane and were doing a lot of our usual long lens stuff. Of course, we ended up in a ‘run and gun’ situation and the size and quickness of set up of the OConnor 1030D really helped the camera crew out.

Designed to give the ultimate control and stability, the 1030D shares most of the same features and controls as the standard-sized OConnor 2575 and 2065 fluid heads. The compact 1030D also offers a unique crank-style counterbalance and Action Brakes for pan and tilt that unlock through a single-handed squeeze, while the drag system ensures constant control. The 30L carbon fiber tripod is lightweight, yet solid and stable.

“I’ve done almost 300 episodes of television alone and I can’t imagine a show without an OConnor head on it,” Jones adds. During the break from Wilfred, Jones took on another project, the new WB network series The Originals, which shoots in Atlanta, Georgia. 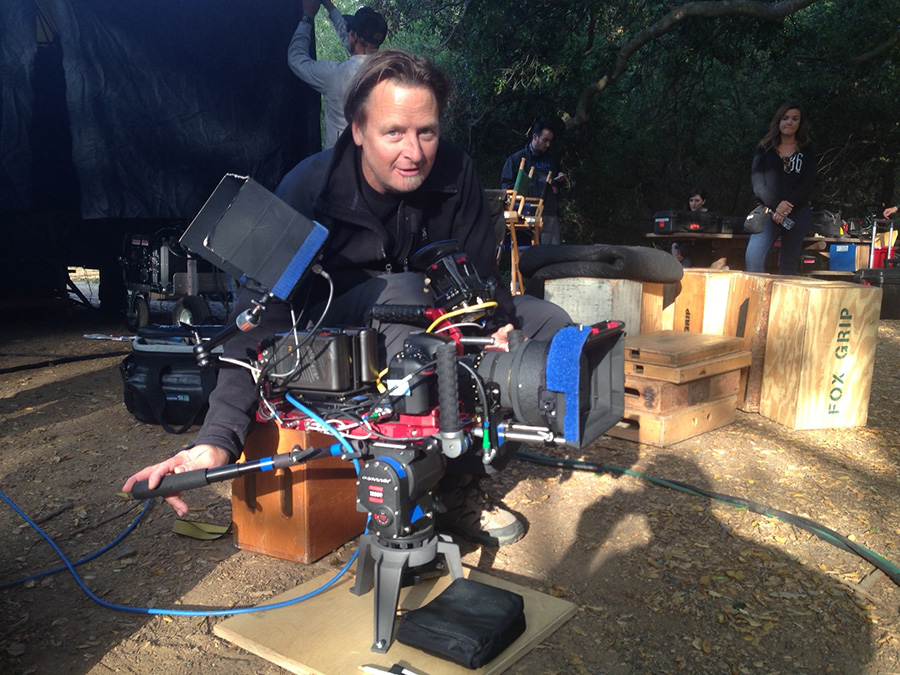