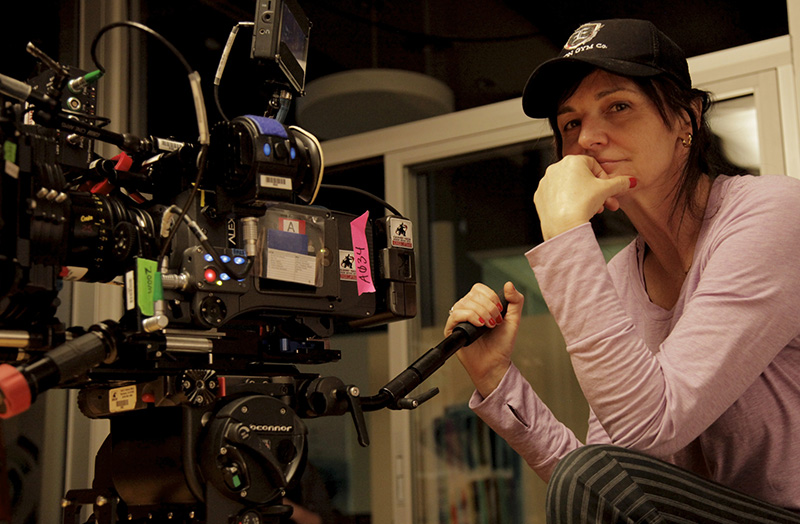 Cinematographer Svetlana Cvetko has lent her expert visual talents to numerous documentaries, including the Oscar®-winning documentary Inside Job, the Sundance Special Jury Prize-winning Inequality For All and the Oscar®-nominated short subject Facing Fear. Cvetko also works on narrative features – most recently The Architect and Daddy. Whether documentary or narrative, all her projects have one thing in common: camera support by OConnor.

Originally from Croatia, Cvetko began her career as a still photographer but longed for the motion picture. The possibility of a woman being an established cinematographer hadn’t even entered her mind until a fellow photographer presented her with a perfect example in prolific female cinematographer Agnès Godard, AFC. Inspired, Cvetko began pursuing her newfound dream of a career in cinematography. This took her to San Francisco where film professor Larry Clark brought her onto her first production set and became her mentor.

Numerous films later, Cvetko shot The Architect for Jonathan Parker, her second collaboration with the director after (Untitled). The Architect, a comedic drama, stars Eric McCormack and Parker Posey as a couple struggling with relationship issues who hire a zany architect, played by James Frain, to build their dream house. The problem is the visionary architect actually is building his dream home.

“Even though this film falls into the edge of a comedy,” Cvetko says of the film’s style, “I wanted it to feel a little more naturalistic and moody. We took a lot of inspiration from the films of Woody Allen. Jonathan added architecture as a character in the story, but that architecture was created in visual effects to express his great ideas for homes that exist only in his imagination.”

The production filmed over 24 days in the Pacific Northwest in picturesque Snohomish County, and in and around Seattle. “The moody lighting and sneaky clouds gave The Architect a spellbinding feeling,” she notes.

Cvetko and the camera department were armed with two ARRI Alexas and Cooke S4 lenses, along with an Angenieux Optimo 24-290mm zoom. “I love the combination of those lenses,” she remarks. “They match quite seamlessly and gave us such versatility for framing.”

Supporting the Alexas were two OConnor 2575 heads. “I care a lot about my support gear, and OConnor gives me a confidence that no other system can match,” she says. “OConnor has never failed to support my frames. I have been using the 2575 on all of my shoots, both documentaries and narratives. It is my ‘go to,’ even when I am on a slider, because it gives me full control over the movement.

“On a film I wrapped a few weeks ago, Daddy, in addition to the 2575 head, we went handheld to emphasize the character’s story and utilized the OConnor handheld O-grips,” Cvetko continues. “With their easy adjustments, we could quickly bounce between the two kinds of OConnor support systems, which is the perfect combination for me. Being able to throw the camera onto the tripod without removing the handheld rig means I can get a huge variety of frames very quickly. Documentary or feature, handheld or mounted, OConnor always makes it easy for me to get the shot.”

Cvetko wanted to be as realistic as possible in the approach to the film, which was mostly produced on location, and in exterior and interior constructed sets of the dream house. In those sets and throughout production, Cvetko says that she “wanted to protect that natural feel.”

The film was a great creative experience, and one of her most memorable scenes happened during a night exterior shoot. “We had stunts involving a backhoe, which were driven down a muddy hill toward the house. I had one camera handheld and the other on a jib to get a variety of angles and action shots quickly. It was a funny scene, and we had a good time mounting cameras on the backhoe. It was a bit complicated, but it was rewarding to accomplish and the shots look good. Plus, it was Parker Posey’s birthday, so we were eating cake and celebrating as the light of dawn broke.”

Parker Film Company is targeting a late 2014 release for the The Architect. 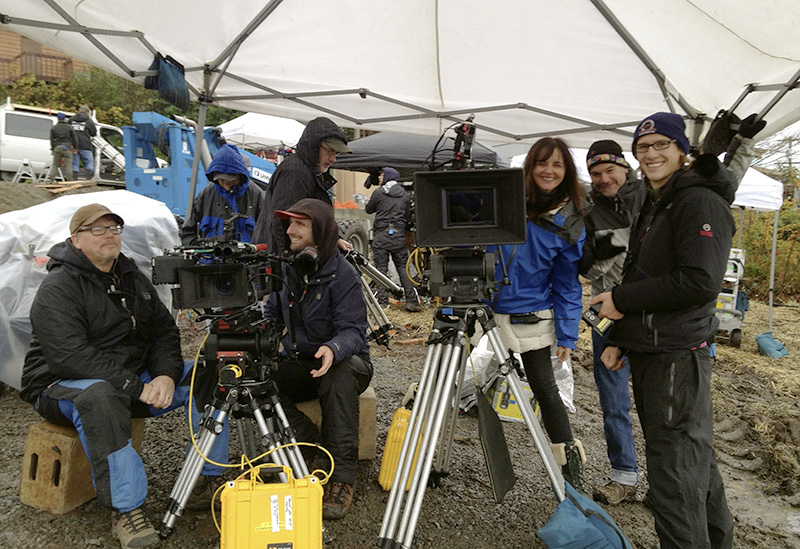