OConnor Helps Keep Up the Pace on Scandal 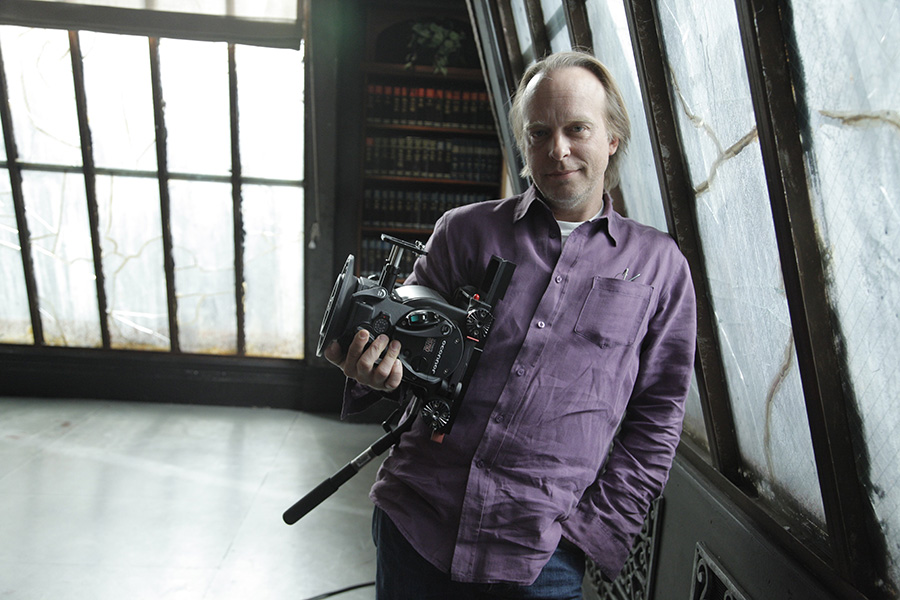 Burbank, CA: April 30, 2013 – – It’s hard to figure out who is good or bad in the popular television series, Scandal. That dichotomy is the force that drives the plot of the fast paced ABC hit. The last thing that cinematographer Oliver Bokelberg, ASC needs is a camera package that can’t keep up. There is no room for “good or bad” when it comes to his gear. That’s why he relies on top-of-the-line equipment, including 2575 fluid heads from OConnor, part of Vitec Videocom, a Vitec Group brand, for support.

“They have always been standard in my order for over 20 years,” he says. “We’ve been through desert heat, rain and snow storms. We’ve shot on boats, the beach, car rigs and everything else you can imagine. An OConnor 2575 has been carrying an array of Arri cameras from my old 16SR2, to Alexa’s today. I have used all friction settings, free spinning my camera on a zero setting for trailing lights as well as using the heaviest settings for macro work. I enjoy the versatility that I get and most of all, the reliability. I have never had an issue with the OConnors. What more can I ask for?”

On Scandal, Bokelberg is pairing his trusty OConnor with the newest equipment packages, including ARRI Alexas, Angenieux zoom lenses as well as a set of Zeiss Ultra Primes. He also occasionally uses a Canon 7D, which the 2575 can support if necessary, because it balances down to 0 pounds. “I think of the look we create with this package as ‘classic realism’,” he says. “We embrace apparent mistakes such as camera flares or breaking the 180 rule. We like to place our camera in familiar places such as peeking in from another room or filming from the back seat of a car. This allows situational recognition for the viewer and adds to their perception of reality.”

That’s a challenge, considering the story has lead Olivia Pope (Kerry Washington), aka a “Fixer”, having a sexy romance with the President of the United States, Fitzgerald Grant, (Tony Goldwyn). Grant, of course, is not above killing a Supreme Court Justice with his own hands. “Our camera work is very much about trying for believability in order to digest some of these outrageous storylines,” says Bokelberg.

“That puts a lot of pressure on the crews and equipment,” he adds. “Having OConnor to support us is a must. We are presently carrying two 2575Ds in our standard package. They have been performing with utmost reliability. We started the season with 2575Cs but upgraded to the Ds at the halfway point. The main advantage of the Ds has been the adjustability of the sliding base plate from the operator’s side. It has the same user-friendly rock solid performance, but just makes it easier to adjust with our heavy lenses.

“On Scandal, we often have double-up days or extra-camera days and carry up to five cameras,” he adds. “That means five different operators and operating styles. Some like their OConnor tension settings light, some like a lot of friction. Every operator is very familiar with the 2575s and has favorite settings. The head is an industry standard and thus brings along a shorthand familiarity and comfort.

“Another great feature of the OConnor head is its ability to shoot straight up and down; there are basically no restrictions on what we can do. The 2575s perform with ease. They are a perfect tool that I don’t have to think or worry about”.

Cinematographer Oliver Bokelberg, ASC has shot features such as The Station Agent, The Visitor, Win Win, The Bounty Hunter and numerous television pilots.  His current series, Scandal takes a look at the hidden agendas and secrets of Washington, DC politics through the eyes of a “Fixer”.