Burbank, California, November, 07, 2013 — One of DP/colorist Gavin Fisher’s on-going assignments is a series of commercials for Adult Swim Network. For a recent Taco Bell spot he went new-tech, choosing to shoot with his Blackmagic Cinema camera, “and OConnor Genuine Accessories – which went a long way in surmounting the challenges we face when shooting spots like this,” he says.

The project, a 30-second commercial, stars an eccentric young man. “In each ‘episode’ he paints something,” explains Fisher. “For this one, he paints a huge taco.”

Shooting in the confines of the artist’s studio was an issue. “It’s not a big studio, rather an artist’s loft – and relatively small,” Fisher continues. “We barely had enough room to place camera, lights and sound. I had to be able to outfit the Blackmagic camera with accessories that would aid me in getting the shot – and not add bulk or awkwardness so we could fit into the small space. The O-Box, Universal Baseplate and O-Grips were perfect due to the unique design and integration between mattebox and grips.

“In a small space it’s tough to control light,” he adds. “The O-Box saved the day by controlling flares where we couldn’t prevent them at the source due to space limitations. And, it is extremely lightweight, while at the same time, very strong. The baseplate is also rock solid,” he continues. “No twist or flex and the extremely well-engineered and simple design means it does its job without being intrusive. And, honestly, the O-Grips with unlimited adjustability and ease of use, are by far the best grips on the market.”

For Fisher one of the most challenging sequences was a push into the food product. “This was done on a slider where it is sometimes challenging to get a rock steady shot,” he explains. “By using the O-Grips attached to the mattebox, I got an extra point of contact and was able to steer the lens exactly where I wanted it to go.” 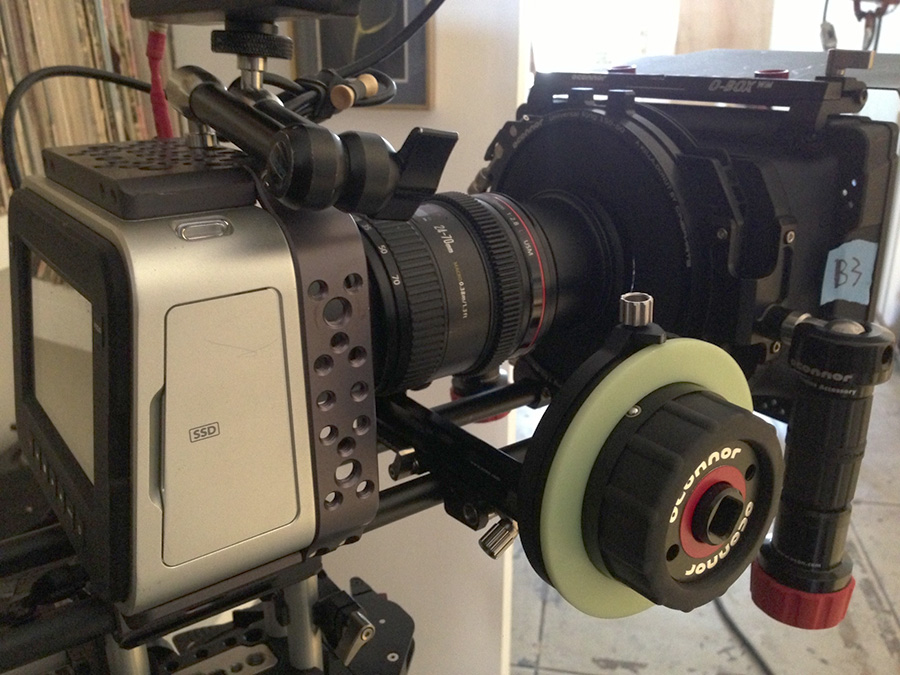