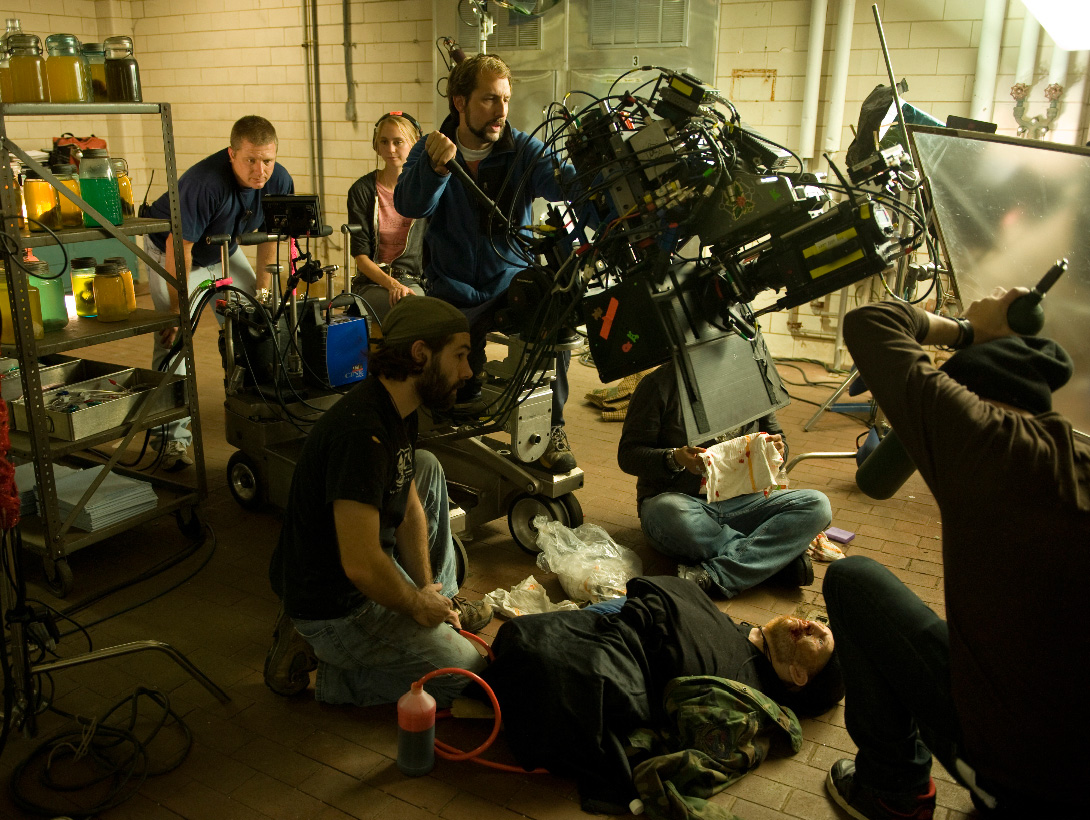 Cinematographer Michael McDonough has wrapped the 3D feature –The Mortician. Thanks to the OConnor 120EX’s ability to support a heavy load and allow for smooth transitions through difficult sequences, he was able to take full advantage of post-Katrina New Orleans, Louisiana as he captured The Mortician’s world. “By day he works on the beaten, bruised and bloody bodies of gunshot victims and other murdered souls. When a young boy breaks into the morgue, and his life, the Mortician (played by Method Man) begins a series of dangerous encounters with a threatening figure,” McDonough explains.

With a limited indie budget, McDonough and Mark Pederson’s team at OFFHollywood, New York, put together a package that would give him the best possible support. “The vertically-stacked twin RED One, Element Technica 3D rig that we chose weighed in at about 100 pounds,” McDonough said. “When I looked at the head we’d use, I wasn’t sure what it was. At first I assumed it was an OConnor 2575, a piece of gear that I’m very familiar with – it goes on every one of my equipment lists right away.

“However, on closer inspection, this was different,” he adds. “I was relieved to see that it was a head from my favorite brand, OConnor, just a different one. This time, because of the set up, we were using a 120EX. With a rig this heavy, we wanted a fluid head that could make the moves we would need.

“About 95% of the movie ended up being shot on this head, while gliding on a dolly,” he explains. “I very quickly realized that the task asked of the 120EX was easily accomplished. It helped our operator pull everything off, take after take. We had a tight schedule, a tight budget, and a lot of shots to get in the camera. The thing I’m proudest of is that we shot every set up we planned, in a manner I was more than happy with – and we physically couldn’t have done it without the OConnor 120EX.”

The OConnor patented 120EX Extended Capacity fluid head features a new type of stepless counterbalance system as well as a new ultra-smooth pan and tilt fluid drag designed for film-style shooting. The 120EX has become a favorite for 3D crews who support two electronic cinema cameras and lenses, and also the 3D rigs that position them. These 100+ pound payloads are well within the range of the OConnor 120EX, which smoothly holds a 120 pound (54kg) camera package through the head’s entire tilt range of ±90°, and counterbalances up to 240 pounds (109kg) through a tilt range of ±60° in Extended Mode.