Home » News & Events » L’heure bleue: In the blue blaze of twilight with the OConnor 2575

L’heure bleue: In the blue blaze of twilight with the OConnor 2575

Burbank, USA: October 2013 – In the blue hour, the sky shines deep indigo producing an almost magical atmosphere. Any Cinematographers who want to capture the special light in this limited time frame must be able to quickly and dependably work with their equipment. That is why Italian cinematographer Maura Morales Bergmann depended on the versatile 2575 fluid head by OConnor, a part of Vitec Videcom, a Vitec Group company, to shoot the French short film L’heure bleue by director Annarita Zambarano last year.

“Filming L’heure bleue was a great challenge for me, as we only had about two hours per day to film,” says Morales Bergmann, describing the conditions on the set in France. “We filmed two scenes directly in front of a picturesque twilight – a gorgeous, yet brief background. To take advantage of every moment during filming, we tried out different settings in the afternoon. With the OConnor 2575, we were then able to reproduce the nine camera settings we had previously selected within only one and a half hours.” The 2575 fluid head by OConnor provides exactly reproducible counterbalance settings, which are enabled by the combination of the numerical display and the patented sinusoidal counterbalance system and set with the help of a handy crank knob. This allows for every configuration to be quickly repeated, which is especially useful when there is little time for tedious adjustments.

Unlimited stability and smooth pans
“I have worked with OConnor equipment for a long time. The fluid heads are just perfect for me,” explains Morales Bergmann. “I love the extremely smooth pans with my 2575. They enabled me to capture important light reflexes and lighting conditions for the short film without being pressed for time.” The 2575 fluid head by OConnor proved to be the right choice, as its stepless, ultra-smooth pan-and-tilt damping enables steady, fluid camera movements at every tilt setting from +90 to -90 degrees. Even for heavier configurations of up to about 40 kg (88 lbs), the OConnor 2575 offers natural movements with unlimited stability and dependability.

Special lighting conditions and an ideal result
L’heure bleue is about Charlotte (13) and Marc (16), who spend the summer with their parents at a campsite at Contis-Plage in France. During the blue hour, both of them have their own, very personal experiences with love. The short film was one of the seven works chosen for broadcast in the “Nuit Aquitaines” series, a project supported by the Aquitaine region in France and organized by TV7. Morales Bergmann sums up her experience: “With the OConnor 2575 and the ARRI Alexa, I was able to precisely realize everything I had imagined. The 2575 is one of the best fluid heads I have ever used.” 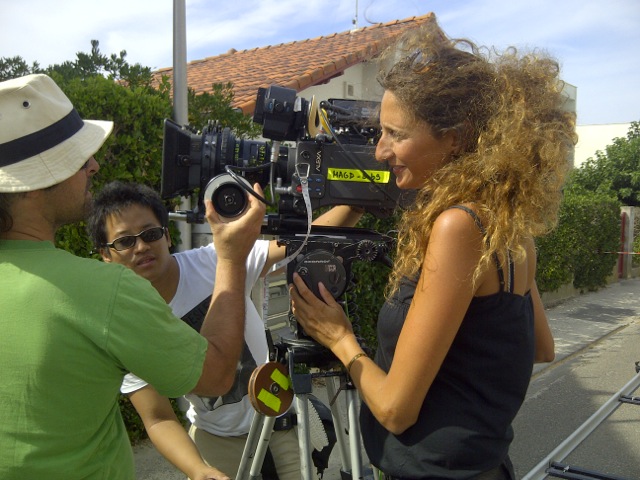