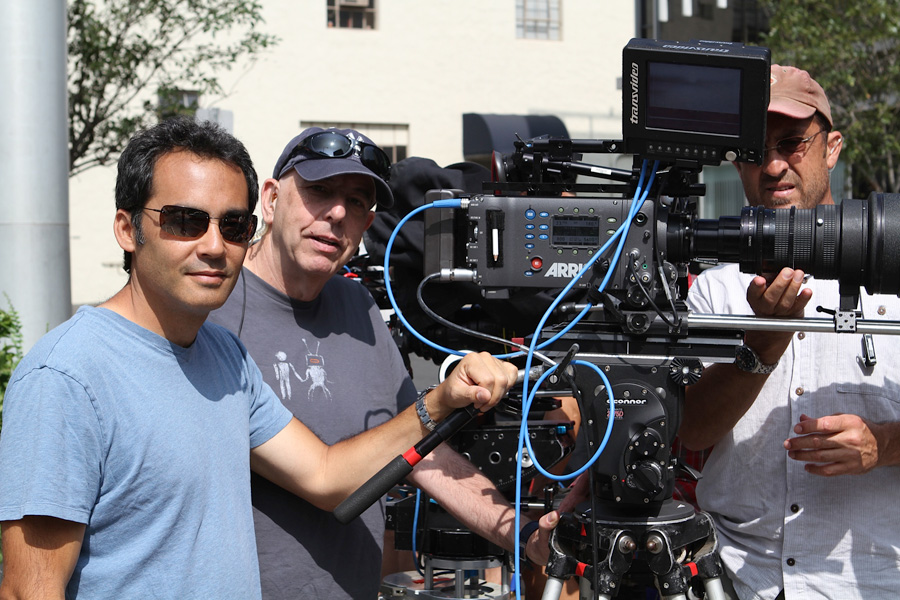 OConnor, a Vitec Group brand, announces that “Rizzoli & Isles” Director of Photography Anthony Hardwick has purchased a second OConnor head for the hit TNT series that is currently airing. He’s added a new 2575D to his support package, because he says, “Season two has become more ambitious and we need to capture more action in the same time-frame set for a television shoot.”

For season two, production has chosen to shoot with a pair of Arri Alexa’s, a pair of Optimo 12:1 zooms, and a set of Arri Master Primes. “At the core of my camera support is both an OConnor 2575 and now a 2575D. Having come up through the camera department, I have done my share of operating on various television shows and movies over the years, and OConnor has always been my fluid head of choice. OConnor heads are the perfect tools to capture fast action long lens shots, as well as being all-around workhorses for shooting traditional studio style coverage.

“Season two has become a challenge,” he says. “The schedule hasn’t changed but our shows are becoming more ambitious, pumping up the action, as usually happens with a hit series. We’ve got bigger stunts and effects sequences and have brought in a third camera. I’m shocked to say that we managed to do over 100 setups on one particular day this season with three cameras!”

OConnor really comes through for Hardwick and crew. In the first season finale, he had to capture a full siege of the police precinct. “We did several 600mm to 1000mm shots simulating a sniper’s view as he scans rooftops and the street,” Hardwick explains. “The rock-solid support of the 2575 made those shots dynamic and steady at the same time, which is a lot to ask for at those extreme focal lengths.”

In this new season the camera team did an episode involving Salem and witchcraft. “One sequence involved a 150’ track run for a dolly shot, walk and talk, in a graveyard,” he says. “Our trusty 2575 made the shot easy to accomplish. Basically, whenever I’m shooting a project – OConnor is the first thing in my support package!”