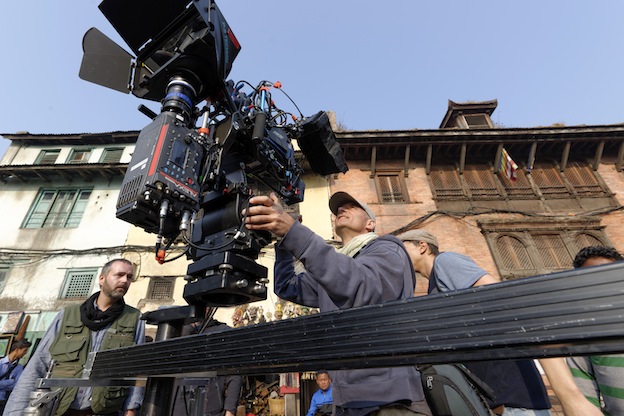 Burbank, California, USA: December 2013 –The documentary “Legacy of Gods”, produced by Cinemonde Innovativ and Virtual Experience is a massive project which is to be finished in time for the 2014 Cannes Film Festival. The team finds places all over the world where a wide variety of deities are thought to have lived – from Chile to Guatemala, Ethiopia, Nepal, Morocco, Jordan, Turkey, and Israel. On location, the team surrounding German DoP Hans Jakobi will be confronted with the common roots of all faiths and pilgrimage sites. For this purpose, the 3D movie is elevated to a new level with special equipment. For high-resolution 3D pictures, the team films with at least 48 images per second and uses a remote-controlled mini-helicopter. The multi-channel 7.1 Dolby Surround System enables the team to get the right sound.

During preparation, the work on “Legacy of Gods” posed great challenges to Hans Jakobi, who has filmed numerous documentaries for television and cinema as well as excellent motion pictures. The fluid head and the tripod must rise to the occasion in various filming conditions on location and cope with the heavy 3D rigs. He chose the Ultimate 2575D fluid head by OConnor, a part of Vitec Videocom, a Vitec Group company.

No distractions while working
“The OConnor head was in use almost the whole time,” explains Jakobi. “We shot in the desert with dust and fine sand as well as in rapidly changing temperatures or at -15°C (5ºF) at an altitude of over 5,000 meters. Our journey then took us to Guatemala’s tropical climate marked by humid heat and heavy rain.” In Chile, the DoP mounted the 2575D with a 3D RED Epic unit onto the pick-up. “Even the extreme vibration on the washboard roads couldn’t faze the head,” says the cinematographer, describing the filming conditions. With a payload range of up to 40.8 kilograms (90 lbs), the OConnor fluid head proved to be the right choice for Jakobi’s ARRI ALEXA Plus with Angenieux or the two sinaCams. “Our heavy 3D rigs with a weight of more than 35 kilograms (77 lbs) were, for the most part, extremely top-heavy. Even then, the OConnor head still remained unfazed,” says the DoP. The stepless ultra-smooth pan & tilt fluid drag guaranteed Jakobi optimum control and stability. “In addition to its robustness and versatility, I appreciate the smooth, fluid movement of my 2575D,” adds Jakobi. “There is no re-torque, even if I have set it to the strongest friction. I don’t want to waste time thinking of the dynamics and behavior of the fluid head; I prefer being able to devote my undivided to attention to my work. With OConnor, each movement is transferred to the camera without delay, and I can film effectively and without interruption.”

A dream team for many years
“For me, OConnor fluid heads are definitely the best,” Jakobi asserts. “All the controls are located in the right place and enable intuitive operation with natural camera movements. I have been working with OConnor for more than 15 years, and since then, all the controls have remained in the same place. Nowadays, I can control my 2575D nearly blindfolded.” Hans Jakobi already knows he will be packing his Ultimate 2575 when he goes to the next shoot.

The OConnor 2575D fluid head carries the heavy 3D rig reliably and, in doing so, perfectly supports Hans Jakobi during the filming of the 3D movie “Legacy of Gods”[/caption] 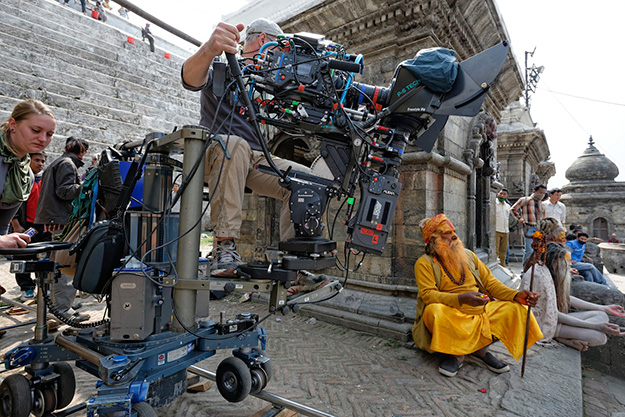