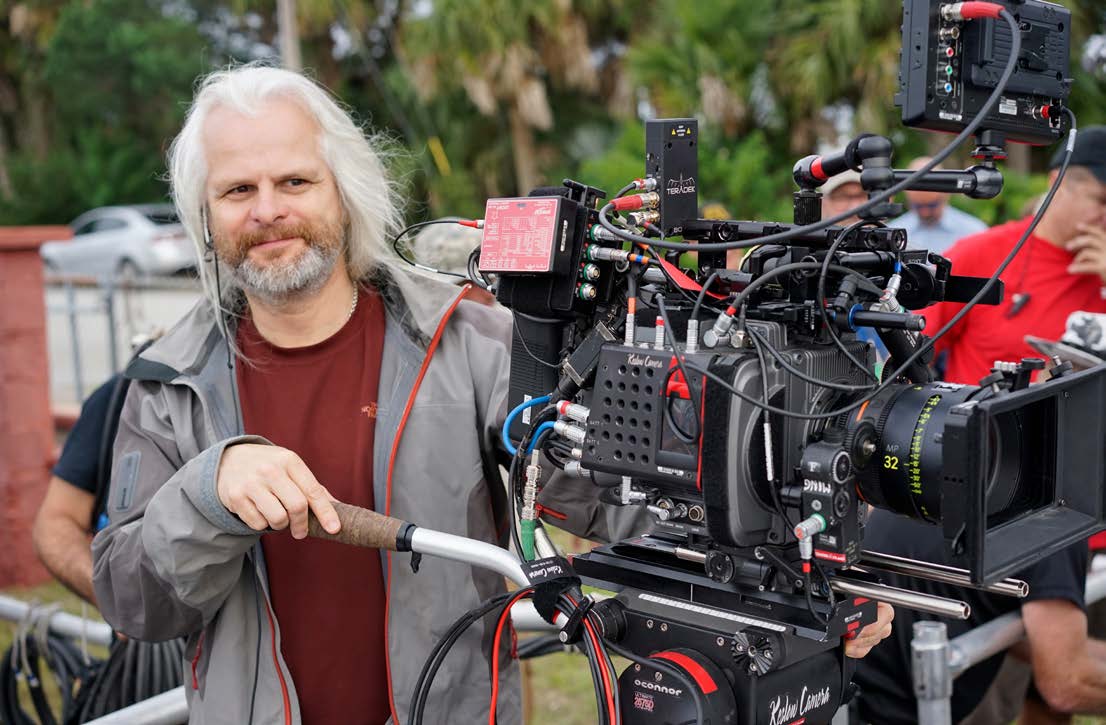 Last year we interviewed Claudio Miranda, ASC about his work as cinematographer on “Oblivion.” It was among the first major features to be shot with the Sony F65 camera. We spoke to Claudio recently about “Tomorrowland,” directed by Brad Bird, with George Clooney and Britt Robertson. Locations were Vancouver and Valencia, Spain. The Walt Disney Pictures production is due to be released in 2015.

Jon Fauer: Claudio, what can you tell us about this production?
Claudio Miranda: I can’t really talk too much yet about “Tomorrowland.” We shot with the Sony F65 and F55 cameras.

That’s the interesting part of this story. How did you use F65 and F55 together? Was there a difference in look and so on?
With “Oblivion,” the main camera was the Sony F65, and for the small cameras we used REDs. But on “Tomorrowland” we were able to use F55 cameras when we wanted to get into small, tight places or required a lightweight package. So it was a great complement to the F65.

The F65 was your “A” camera and the 55s were grab cameras?
Yes. The F55 cameras were for grab, Steadicam, mounts, rigs, and action cam kind of situations.

What were the significant differences between the cameras?
Naturally the F65 is still the sharpest one. There’s a mechanical shutter on the F65 and it has a greater selection of internal ND filters.

Could you see the difference in the dynamic range, shadows and highlights?
The F65 has a larger dynamic range. It’s still a stronger camera. It’s just a more powerful beast. There’s just a lot of horsepower behind that so there’s still more latitude in the F65 than the F55. But for action shots, the F55 cuts really well with the F65.
I don’t have any issues using the F55. In fact, I used it often. For the size, it’s actually pretty great. I love the internal NDs. It has a great form factor. It’s easy to play and record. Every now and then the director wanted to do some action sequences to run at 20 or 22 fps to kind of tighten up the pace a little bit. In the beginning this was only available with the F65. Then as future updates were implemented, the F55 was able to do the same. So we learned and grew with the camera as it evolved.
It was similar to the way we grew up together with the F65 on “Oblivion.” On “Oblivion,” at the beginning the F65 camera did 24, 30 or 60 fps, but it didn’t do 48 fps. Halfway through the movie its software was updated to have frame rates 1-60 fps, which the director really wanted. Now the F65 can do 120 fps. And the F55 can do 240 fps 2K RAW and 60 fps 4K RAW. The F55 is an amazing little camera that just fits. It has a great, nice, open beautiful color space. It’s simple to use.

I guess you recorded RAW on both cameras?
We recorded RAW on both cameras. In the beginning, for all my camera tests, I used the F55. For simple camera tests and scouting I just went directly to the SxS cards. I didn’t even have a camera crew on some of the tests. I went out with a little zoom lens, and I tested with practical lights and I just did it by myself. It was really simple. During scouting or prep, if someone asked how something would work with blue screen, I could just pull the camera out, shoot and put in a blue screen. It was that simple.

What frame rates did you mostly work at with these cameras?
Mostly 24p

Did you have the new EVF for the F65 this time? I think you were not happy with the EVF on “Oblivion?”
Yes, we had the new EVF. And we had the same OLED finder on both the F65 and the F55. These new ones were great.

So you were able to see focus and everything else?
Correct. It was much better.

Which lenses did you use on this show?
We used the ARRI/ZEISS Master Primes and the Fujinon Premier Zooms again. Same as the “Oblivion” package.
We did some interesting testing in the beginning. Brad Bird, the director, wanted to shoot dual formats. He wanted to shoot 4:3 format, which might originally have made it an ARRI Alexa production. And then, for another part of the story, he wanted it to be 2.39:1 anamorphic. To achieve that, we tested the Sony F65 with 1.3x Hawk anamorphics. If you rotate them 90 degrees, that would make the format 4:3. And if you rotate them back to normal then you get 2.39:1. That would have been interesting: in one part of the story you’d have vertical flares and the other part of the story you’d have horizontal flares. These tests were very intersting, but we didn’t shoot the movie this way.

Did you have the same DIT—Alex Carr?
Alex was with me. And the first camera assistant was Dan Ming, who worked with me on “Life of Pi.”

And how did you deal with on-set, near-set and dailies?
Alex and I would, at the end of the day, go through the rough looks for the day.

Were you setting different looks for each shot or go through it like one lights?
It was mostly like one lights. Sometimes I gave it a little bit of a look, which is nice on the F65 and really easy to do. It’s interesting. Alex could access the color wheels on the camera and we could give little corrections to each camera on the fly. Alex is pretty great at doing that. There were some new updates that gave Alex a lot of control.

And in terms of viewing dailies with the director and production, how did you do that?
We had a theater for watching dailies. Furthermore, I always have a great monitor and I’m always looking at it. Basically my monitor works as my on-set dailies viewer. I know it well. At the end each day, we spend anywhere from fifteen minutes to a half an hour just grading the dailies. And then, Alex will take a look file that he sends on a USB stick to the dailies processing people.

What monitor did you use on set?
The same as last time: a 25-inch Sony BVM OLED Monitor. Because the F65 doesn’t output 4K for live viewing, I can see what I need to know in HD. 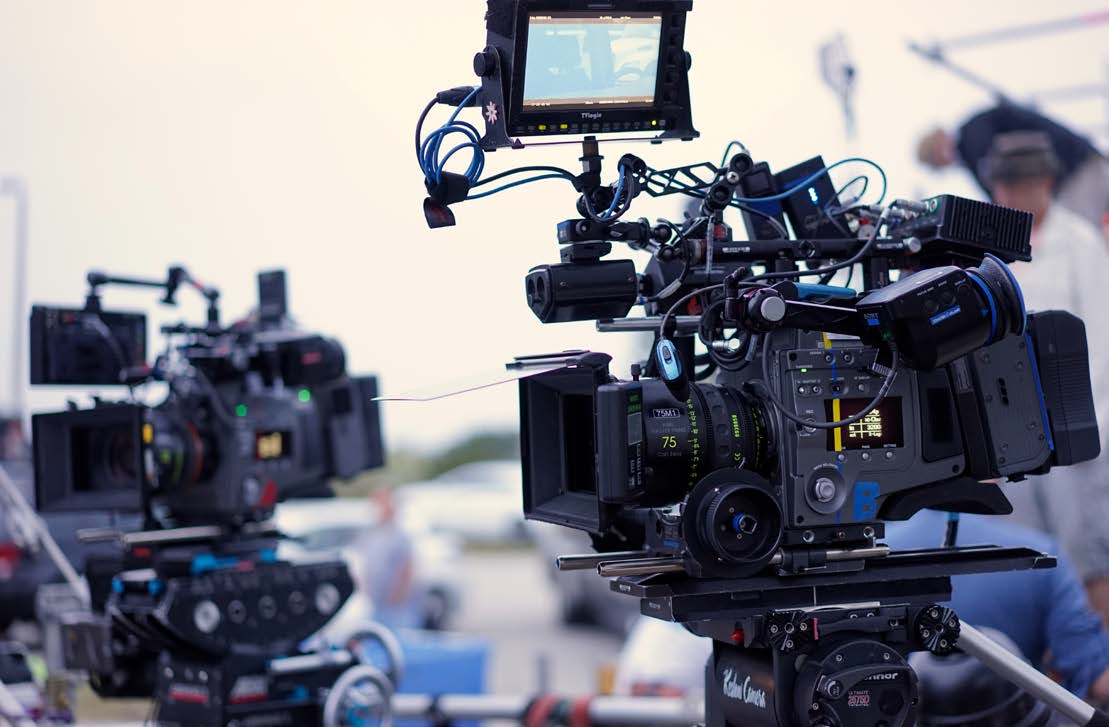